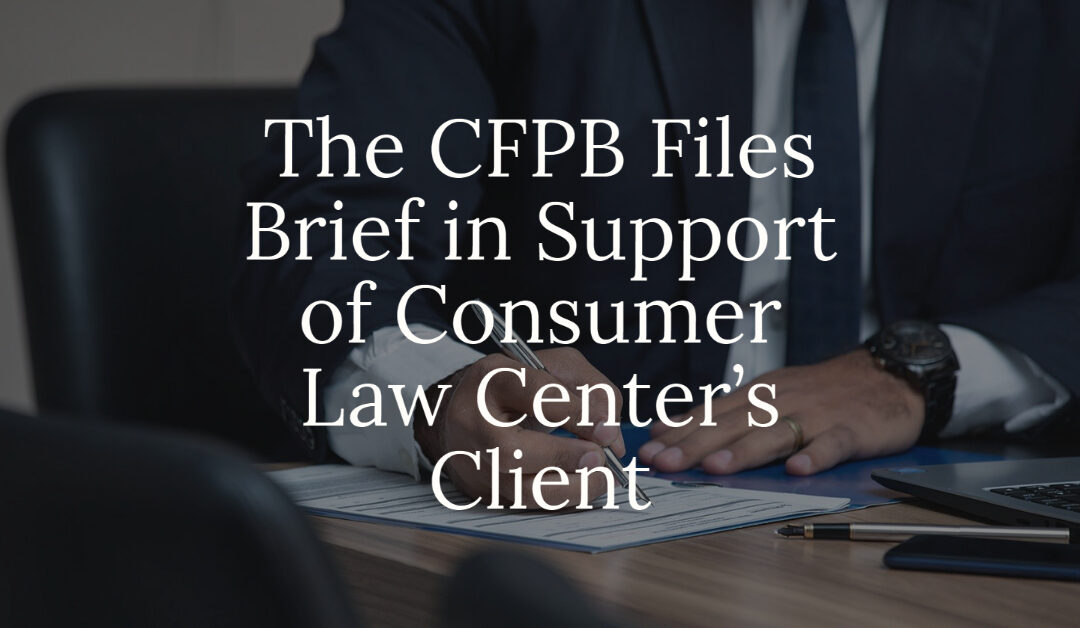 On May 24, 2021, the Consumer Financial Protection Bureau filed an Amicus Curiae Brief in the United States Court of Appeals for the Fourth Circuit.  In its brief, the CFPB supports the argument of our client Will Lyons against PNC Bank NA’s effort to have Lyons’ claims heard in court.  Instead PNC wishes to force Lyons to pursue his claims challenging PNC’s unfair and deceptive collection practices in private arbitration by an arbitrator it picked and without review by Lyons’ peers who would sit as a jury in a court proceeding.

The National Association of Consumer Advocates has defined forced arbitration as follows:

In forced arbitration, a company requires a consumer or employee to submit any dispute that may arise to binding arbitration as a condition of employment or buying a product or service. The employee or consumer is required to waive their right to sue, to participate in a class-action lawsuit, or to appeal. Forced arbitration is mandatory, the arbitrator’s decision is binding, and the results are not public.

Over the years, forced arbitration has been recognized as a tool by financial service companies to avoid having their practices reviewed in court.  By having a judicial review of their practices, they may continue them unimpeded and without review.   See New York Times, Consumer Reports, and Economic Policy Institute.

Lyons’ dispute concerns his prior mortgage loan with PNC and its attempt to collect payments related to the loan using a method of collection.  In this context, the Dodd-Frank Wall Street Reform and Consumer Protection Act (“Dodd-Frank”) expressly barred the use of forced arbitration related to mortgage lending.  See 15 U.S.C. § 1639c.  PNC, however, does not want Lyons’ lawsuit to proceed in court and it has moved to compel Lyons’ claims to arbitration.

In its Amicus Curiae Brief, the Consumer Financial Protection Bureau argues that the Dodd-Frank restriction bars PNC’s attempt to compel arbitration based on an arbitration clause that appeared not in the mortgage agreement itself but in a separate agreement with the consumer. That agreement purported to provide PNC with a means of making payment on the consumer’s home loan and thus “related to” the home loan.  As such it is barred from enforcement.

The Consumer Law Center is pleased that the CFPB chose to support our client’s argument and Dodd-Frank’s bar on arbitration of mortgage-related claims.  Mortgage Actors should not be permitted to ignore the laws that Congress passes to address their conduct.